“We are not another surf camp” insisted Mark Flint, owner of a new upscale surf resort facing Lagundri Bay. There is a lot more going on than just being a new resort. It does feel like a resort for guests as you are extremely well taken care of. However, what you’ll find here is a whole subculture that was born in Nias, initiated by Mark Flint, an eldern Western that has been on the island for 40 years.

Until now, the only place where surf travelers could stay in Nias were “Losmen” – a type of guesthouse owned by local families. It is a good surprise to see that foreign investments haven’t invaded the Christian island of Nias, as it has happened in Bali and other regions of Indonesia. In fact, locals have made it really hard for foreigners to set up a structure in the village that is governed by local families. By being here for 40 years, Mark has gained respect amongst the community that allowed him to not only run a resort but also make it beneficial to the whole community.

A surf-resort for friends and families

KabuNohi’s cozy atmosphere and top-notch facilities make it ideal for families to stay and surf in Nias. This is the first place on the island that caters to families, while Losmens (local homestays) will be ideal for those on a tighter budget. Even though the wave in Lagundri Bay is known to be heavy, there are plenty of other spots around as well as a surf school where you can bring the kids.

Children are the future and Mark knows it. His love for the island where he’s spent most of his life has brought to him a whole different vision of doing business. Even though we spent just a week in Nias, you could feel the desire to help local kids who have a bright future ahead of them. Unfortunately, they were not born with the same privileges as we did in Western countries (access to education, environmental consciousness, and so on).

KabuNohi Sorake is a business that is partly ran by children

KabuNohi Sorake is a business that is partly run by children and we haven’t seen the likes of that anywhere else. Mark provides a training program for local kids willing to learn English and hospitality through the contact of foreign travelers. Working closely with schools in the village, he managed to make this program well known amongst the community. Every two months, a dozen kids get a chance to work at KabuNohi doing different tasks, from administration to kitchen and meal preparation, and guest satisfaction. Some are being trained as surf guides, while being taught first-hand rescue training.

A unique subculture has emerged in Nias

We’ve traveled to many islands in Indonesia and surfing is increasing in popularity amongst the locals. You won’t see another spot like Nias, where kids are dominating the spot, standing up in double overhead barrels, and attract the attention of the international surf community. This is the subculture that Mark created over the 40 years he’s spent in Nias. When he was one of the first to surf the wave, he continued to promote surf tourism in the area. Local kids have benefited from it, collecting the broken boards of travelers, fixing them, learning to surf, and now some are getting sponsored by international brands.

Kids here are competitive, ripping the waves like nowhere else, it’s absolutely mind-blowing to see.

Mark has started few surf clubs around the island, allowing children from different villages to compete in local surf contests. Kids here are competitive, ripping the waves like nowhere else, it’s absolutely mind-blowing to see.

Just behind KaBunohi sits the shaping workshop of Shane, Mark’s longtime friend. Shane makes sure all the kids have good surf equipment. We were amazed to see the collection of broken boards and a countless number of fins in his workshop. They were all brought back from the sea by the kids, who receive a small donation of money from Mark and Shane for every piece they bring, this is about $2 per fin collected (which is actually a lot for those kids). This is a great way to educate kids to trade rather than ripping off tourists as it was a few years before Mark’s education program came in.

Few words about the wave

We were skeptical about visiting Nias off-season, but took our chances on a random date during  March, it paid off and enjoyed good surf and waves every day, even saw some waves barreling on a 3-5 feet swell.

Easy take-off, deep water, and hair-dry paddling in and out makes it safe.

Nias smaller than 5 feet is an easy wave for advanced beginners and intermediate surfers. Easy take-off, deep water, and hair-dry paddling in and out make it safe. Wearing booties is just a plus to get to the spot fast while walking on the exposed reef.

During the swell season (May-November), Nias is known for its “7 seconds” of stand-up barrel that is on the bucket list of every good surfer. It can get crowded with the arrival of pro surfers from all over, but plenty of other spots nearby remain empty.

Get immersed into the local culture

Each island of Indonesia feels like a new country with its own distinct culture. Religion surely plays a role in shaping each island’s’ culture. For example, Bali is Hindu, Lombok is Muslim and Nias is Protestant Christian.

Seeing all these religions living together peacefully in one country and sometimes within the same island is wonderful to witness and be apart of.

As for Nias, it didn’t take us much time to feel blessed by its unique culture. By staying at KabuNohi, we had the chance to stay in a local wooden house modeled after the times of old. Mark built the lodge himself, and with local wood from the island.  The traditional structures are now harder to find as most locals prefer to sell their wood rather than keeping their heritage.

There’s a lot to see in Nias and with the 5 days there we mostly surfed, one day the opportunity to see some absolutely fascinating cultural traditions near KabuNohi came up. One of them was a stone jumping ritual practiced in a traditional village overlooking the sea. Also, listening to children playing guitar while preparing their songs for the church was an enchanting experience while staying at KabuNohi.

Planning a surf-trip in Nias and want to stay at KaBuNohi? Message us below. 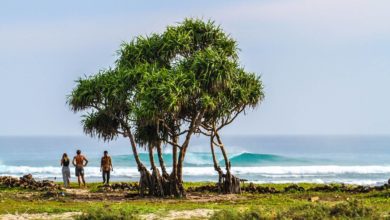 Where to shop for a surfboard in Bali? (Responsibly) 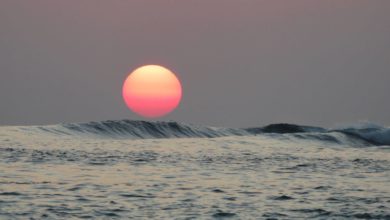 Discover a Whole New Kind of Surf Resort: The Utopia on Rote Island 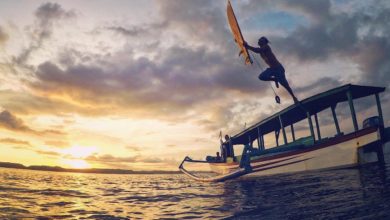 Surf Coaching on a Private Island in the Mentawais